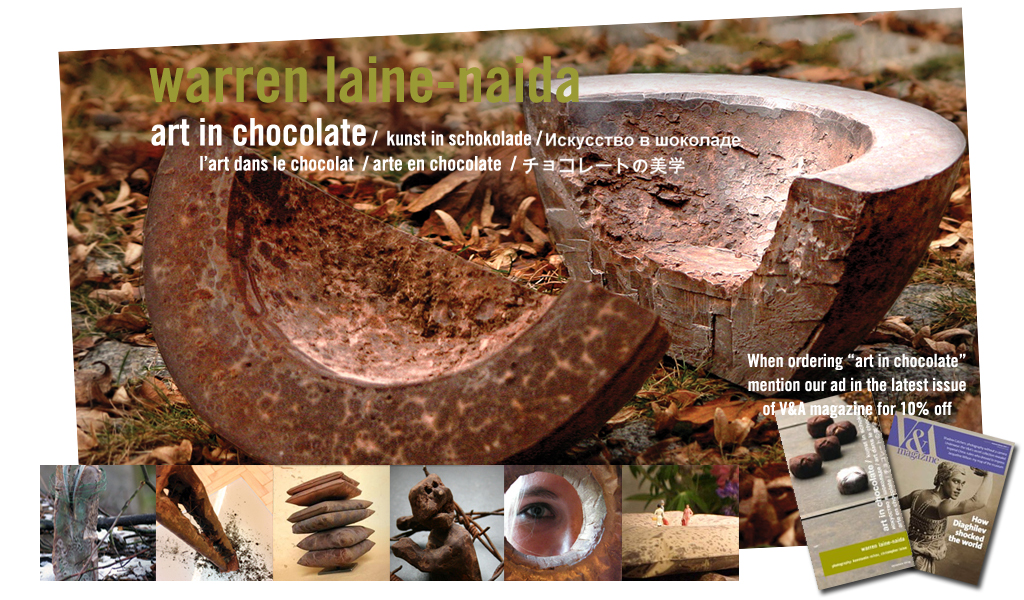 Chef Warren Laine-Naida's 30 year gastronomic journey has taken him from the west coast of Canada, the Rocky Mountains, south western Ontario and, since 1993, Europe. He studied at the Stratford Chef School, has appeared on radio and television, has contributed to gastronomic and academic works, and in 2009 himself published "Art in Chocolate".

His recipes and chocolate creations, both edible and non-edible display pieces, have tantalised guests around the globe.

what they are saying about ART IN CHOCOLATE...